I recently testified before the Legislature’s Joint Committee on the Environment, Natural Resources and Agriculture in support of one of NAIOP’s top legislative priorities, An Act to Revitalize the Commonwealth’s Waterfronts (SB371). The bill would address an issue that waterfront owners in Massachusetts have been grappling with for years – facilities of public accommodation (FPA) requirements under Chapter 91, the state’s program for regulating all activities and development on the Commonwealth’s tidelands and other waterways.

Under existing state regulations, the state Department of Environmental Protection requires the ground floor of many waterfront properties to be leased only for uses allowing full public access. Unfortunately, the FPA requirements do not vary by location and do not take into consideration local land use, density, market demand or proximity to street and pedestrian traffic. 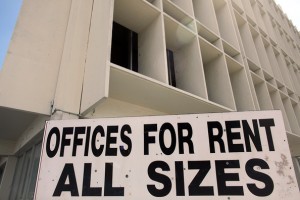 Planning studies, including one completed in 2006 by the Boston Redevelopment Authority (BRA), have shown that the required FPA space in existing and proposed projects greatly exceeds the potential demand for such space.  Many of the ground floor FPA areas within existing projects are vacant or have had trouble attracting successful users, some for as long as ten years.  Except for hotels and restaurants, which are defacto public spaces, very few non-maritime projects in the City of Boston have successfully achieved the FPA requirements.  If such projects cannot be successful in downtown Boston, then they have little chance of succeeding in Boston’s other neighborhoods or in other coastal cities and towns where there are fewer pedestrians, less transit and much less density.

The resulting vacant space represents a significant loss of local property taxes.  In these challenging times, this revenue could make a big difference for our schools and communities.  There is no question that the existing FPA requirements impede investment and economic development in waterfront areas.

On behalf of NAIOP, Senator Anthony Petruccelli of East Boston filed the bill to reform the existing FPA requirements.  He is quite familiar with the many projects in his community that have not been able to move forward due to these onerous requirements.  None of these changes would limit public access to the waterfront.  Furthermore, the bill would allow local zoning to regulate interior ground floor use rather than the arbitrary requirement in place under existing law.  It empowers a community to determine what is best for its waterfront.

This is not a new issue, but it is something that can no longer be ignored.  Now is the time for the legislature and DEP to make the changes necessary to promote economic development while preserving the public’s access to the waterfront.