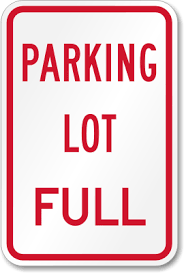 The city-owned Winthrop Square Parking Garage, at 240 Devonshire Street, recently closed due to serious structural problems. Built in the 1960s, this Boston garage accommodated 550 cars at discounted rates from the much higher priced private facilities.

This now further exacerbates the commuter parking problem, already destabilized by the continuing loss of surface parking spaces due to the heated development activities in the Seaport area. Employers may soon start to hear the complaints, as workers begin to personally absorb these increased costs.

The “dirty secret” is that the only reason the Financial District’s parking freeze has worked for so long was that there was a large surplus of low-cost parking nearby.  The same goes for the Seaport’s parking freeze.  As more buildings eat up the surface lots, fewer spaces will remain – as demand increases substantially.

Commercial parking freezes are an ineffective means of providing cleaner air, especially when they are targeted exclusively at a particular municipality.  An unintentional result of a parking freeze is its negative effect on economic development, limiting the ability of new businesses to create jobs, existing businesses to expand, and leading, in many cases, to shifting growth to areas without such restrictions.

Maybe now is the time to rethink this outdated method of controlling auto emissions.

The Massachusetts Community College system is getting some well-deserved attention in Governor Patrick’s State of the Commonwealth address, the recent Boston Foundation report, and various news articles and editorials.

Primary concerns voiced by many are their underperformance and the current mismatch between the skills taught through our state higher education system in general (and community colleges in particular), and the middle-skilled jobs currently unfilled or expected to be available in the coming years.

One clear indicator of the problem is that graduation rates at the state’s community colleges are very low, especially as compared to other systems across the country.

The Boston Globe editorializes that the community college system needs to focus on being a “springboard to a productive career,” preparing students for gainful employment, especially “in an economy where competition for jobs is fierce.”

“Everyone without a job in Massachusetts today is likely to need more education, more training, directly relevant to employment opportunities, before they find one.” With over 240,000 people unemployed in the Commonwealth, community colleges have a very large pool of potential students to help.

The question becomes: what needs to be done to bring the existing system of community colleges in better alignment with the needs of employers in today’s economy?

To start the process, in 2010 Governor Deval Patrick established the “Vision Project” initiative using data to align higher education with workforce needs, with the objectives of:

The Boston Foundation study (The Case for Community Colleges: Aligning Higher Education and Workforce Needs in Massachusetts) developed the following recommendations as a strategic blueprint for “building a system that effectively leverages the capacity of community colleges to be leaders in meeting the workforce needs of Massachusetts”:

Now is the time to focus on this critical component of the state’s economic development strategy, by boldly working to reform and strengthen the state’s community college system. We need to make it more accountable and performance driven as a strategic path for workforce development.

In a global economy, education will be the prime differential determining the winners and losers. We can and will rise to the challenges of tomorrow, if we make the right choices today.

The Massachusetts Historic Commission (MHC) is an unusual agency of government, in that it frequently acts as if it is not accountable to the Governor or the Legislature – only to the Secretary of State’s Office.  As such, it often acts alone and in conflict with the other arms of government.

While most government agencies at least aspire to provide a transparent, fair, and predictable process, the MHC operates in a “black box.”  Although the MHC has regulations for the review of properties listed on the State Register of Historic Places, those regulations are not even available to the public on its website.  Furthermore, the review of the 180,000 sites that get listed on the MHC Inventory of Historic and Archaeological Assets of the Commonwealth is unclear and unpredictable.  The MHC has no regulations for submittal requirements, review timing and deadlines, or Memoranda of Agreement (MOA) for such projects so proponents are left without direction.

Project proponents must also deal separately with the requirements of the Mass Environmental Policy Act (MEPA) process and the MHC, often on different timetables, resulting in significant delays.  MEPA virtually always reaches its decisions in 30 or 37 days, as required by its regulations.  However, the MHC is required to make a determination within 30 days, and that deadline is rarely met.  The MHC staff and Director often do not respond to written notices, requests for information, or requests for meetings.  Further, they sometimes simply do not return phone calls to developers, other agencies, or the public.

Until recently, this was a dirty secret.  No one wanted to come forward to complain about the unreasonableness of the MHC’s actions (or inactions) for fear of retribution on a future project.  However, the recent episode involving Meditech has finally shown a bright light on this problem.

Meditech proposed to build a $65 million business park on 138 acres in Freetown near the new Route 24 interchange, eventually employing 800 workers.  No government funds or tax benefits are being used.  This facility would be their second project in the SouthCoast in the past two years. The first, located in Fall River, employs 500 workers.

Although Meditech agreed to leave 117 acres of the site undeveloped, the MHC still required Meditech to strip two feet of the remaining 21 acres to be sieved and inspected by archaeologists. Not surprisingly, with this requirement deemed impractical by the project proponent, the MHC refused to meet with them or representatives from the administration or legislature to discuss and resolve this problem.

As a result, Meditech may be walking away from a project in which they already invested $2 million.  The project would have provided needed jobs in a high unemployment area.  In response, Senator Michael Rodrigues just filed legislation that would limit the powers of the MHC. The proposed law would enable businesses, like Meditech, to develop their properties with input from the MHC, but it would reconfirm the statutory authority of the MHC only to properties listed on the State Register of Historic Places.

It should not be necessary to pass laws to require fairness and transparency from a state agency.  However, in this case, this seems to be the only way.

At the well-attended NAIOP Developing Leaders breakfast this morning, a panel presented “Booming In Beantown: Why Boston Remains One of CRE’s Hottest Markets.”

I was particularly interested in three slides that certainly left me and the other attendees sighing with relief about our future.  The first two slides were from Yanni Tsipis, Senior Vice President of Development & Consulting Services, at Colliers International.  The Market Forecast shows the historic run-up of the vacancy in Boston to a 10 year high of 16.6%.  However, they are forecasting positive absorption over the next four years, dropping the vacancy rate to 12.4%.  That might not be the low single digits, but it is in the range to start pushing up the rental rates.

The next slide should not come as a great surprise regarding the relative health of the commercial real estate investment market.  It does, though, show how bad off are the other regions of the country.  The delinquent or special service loans are under 5% for the Boston market.  However, take a look at some of the other metro markets like Phoenix, Riverside-Ontario, and Seattle.  New York and Washington, the other “stars” are a bit worse off than Boston.  It has been many a recession ago since we were not the poster child for being the worst affected region.

Finally, Peter Merrigan, President & CEO of Taurus Investment Holdings provided a chart showing Boston’s advantage in terms of employment gains.  This may be the first time Boston has ever been in any top grouping regarding employment (other than loss of.)  Not only is Boston ranked third with over 1.3% twelve month gains, but the Commonwealth is ranked fourth in actual raw employment numbers!

Bring out your old records and enjoy the refrain: “It’s getting better all the time.”  And hopefully for the foreseeable future too.