The City of Boston is on a roll with an enormous volume of new construction in many of its neighborhoods. Much of that development was dependent on the ability of the owner to provide funds for local public infrastructure. Unfortunately, that reality can, at times, delay a worthwhile project for many years, missing out on a strong market.

However, a city can be the catalyst for an area, by investing ahead of the market and setting the stage for growth. Through city investments, it can also enhance the efforts for attracting new companies to the area.

A good example is the Seaport/Innovation District. The city can play a very important role by investing in the basic streetscape of this area. Here is a photo of Seaport Boulevard, the main artery running through this district: 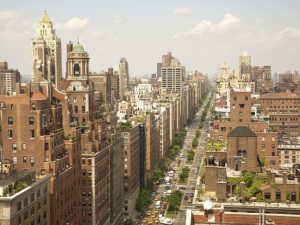 Boston is a world class city and it has the very unique advantage of 100 acres of prime real estate being developed adjacent to its downtown market, allowing it to expand its residences, offices, and shopping. As a result, tens of millions of dollars will make their way into the city’s coffers.

Now is the time for Boston to make a solid investment by making Seaport Boulevard a true boulevard with a wide, tree lined sidewalk with trees, benches and art. Let’s make this area the envy of every other city and a true attraction for families, tourists, and businesses, alike.